Get MILK on DVD! 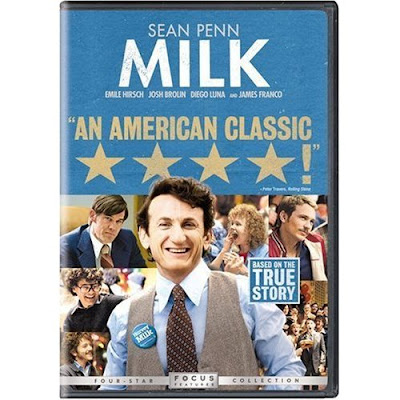 Based on the politically resonant and thoroughly timely screenplay of Dustin Lance Black, Van Sant follows the arc of Milk's political awakening, from closeted Brooklyn insurance executive to doyen of San Francisco's Castro district's burgeoning gay mecca in the 1970s. Sean Penn portrays the film's hero, melting into the role with an affable flamboyance that is both spirited and eminently engaging. James Franco plays opposite Penn as Milk's supportive and easygoing boyfriend, Scott Smith. The couple's cheerful and loving rapport lends buoyancy to the film's overall message of hope as Milk ascends from grassroots community organizer to a galvanizing figurehead in the push for gay civil liberties.

Anonymous said…
I recently came across your blog and have been reading along. I thought I would leave my first comment. I don't know what to say except that I have enjoyed reading. Nice blog. I will keep visiting this blog very often.