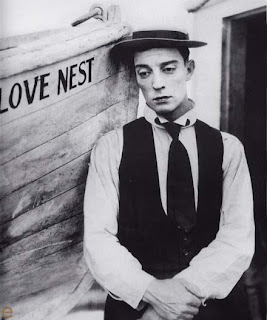 Just dug up this blog piece I wrote in January, 2007 for the dearly departed OurChart.com (a few hundred words of my writing — along with many thousands of others from OurChart and PlanetOut.com in particular — which I mistakenly assumed would be ever-available through the miracle of the Internet). Reposting this reflection here as it seems worthy of new posterity — until the demise of Blogger or other veritable catastrophe.
Writer-director Cheryl Dunye (The Owls, The Watermelon Woman, Stranger Inside) once sagely advised me that saying you’re “in development” on a film project sounds much better than saying you’re just “working on something.”
I’ve been “developing” my latest film (Get Me Guinevere Turner, or The Royal Road) for about two years now [make that five, since it is now 2010]. Being a filmmaker with a full time day job and a family makes for a unique, and very protracted, creative process (regardless of what you decide to call it). My last film (The Joy of Life) took eight years to get to the screen – six years of working on it in my non-existent spare time, followed by two years of actual production.
Slowly but surely this new film is taking shape as I scribble ideas on scraps of paper and make time for late-night online research hours. Like my previous films it’s hard to do it justice in a written description. But I will reveal that it is primarily a voiceover film incorporating static urban landscape shots, a variety of non-fiction narrative strands that take a while to get where they’re going, a yearning butch hero and a muse.
In the last few months of my research process I’ve been thinking a lot about narrative structures and heroes and how we attach ourselves to protagonists in the stories we’re told (in books, movies, etc.) And I recall that, as a little tomboy, my strategy for coping with the drama of our alcoholic household was to escape into old movies. Starting when I was about eight years old I discovered the joy of identifying with such unique models of masculinity as: Buster Keaton, Groucho Marx and Gary Cooper.
Gary Cooper was, of course, the quintessential strong silent type, and a vastly more complex figure than that other uber-butch matinee idol, John Wayne. Behind Gary Cooper’s silence was a desire to speak, where John Wayne just plain had nothing to say. Cooper’s perennial furrowed brow and aura of melancholy seemed to speak of some unknowable past injury, a lifetime of stoic heroism, a truly sensitive soul in need of a woman’s love — yet never quite capable of getting it.
That was me all over.
I’ve recently been enjoying a series of Care Bears books with my three-year old daughter [now seven!]. Sylvie provides daily evidence of my evolving theories about our desire for heroes and how we identify with protagonists in fiction.
There are about a dozen Care Bear characters, each embodying different positive character traits to be absorbed by our impressionable youngsters. In case you’re not familiar with them there’s Cheer Bear, Share Bear, Funshine Bear, Best Friend Bear. You get the idea. Each of them is a different color and has a unique symbol on its tummy: rainbow, star, heart, and so on. I think Sylvie is attracted to their respective colors and abdominal décor, rather than identifying with the characteristics they’re meant to convey.
The end-flap of the book has pictures of all the Care Bears, and Sylvie always insists on going through pointing to her favorites and saying: “I’m her and I’m her and I’m her.” Proving also that we have the capacity to identify with multiple protagonists.
We identify with certain kinds of protagonists because they enable us to feel like heroes in our own lives. They can genuinely make us feel better about ourselves. And when we tell people about our favorite characters, we desire to tell them something more about who we truly are.
And then, of course, there’s that critical difference between identifying with and being attracted to.
It wasn’t until I was ten or eleven that I discovered Ingrid Bergman. But when I did, I understood my connection to her was different than the one I had with Humphrey Bogart.
I never said to myself, “I’m her.”  But rather, I secretly cherished the fantasy: “I’m him.”
Whenever I’m asked my favorite L Word character it’s sort of a no-brainer. There aren’t a lot of choices available for my heroes. It used to be that Shane was the closest thing to butch. And now, of course, there’s Max.
Neither of them is quite adequate; but they’ll do for now.
Anyway, that’s why I’m making my own movie.
Email Post
Labels: butch filmmaking Get Me Guinevere Turner heroes lesbian film Literature memoir Muses nostalgia parenting The Joy of Life The L Word The Royal Road