Memory, Anger and Activism: A Yizkor for the Fallen 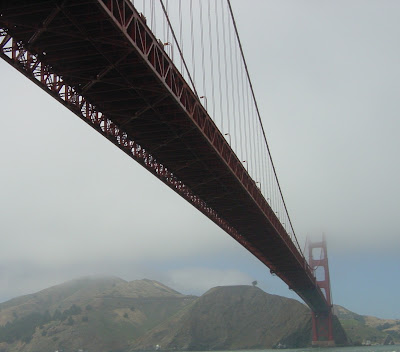 or How many suicides does it take to solve a public health and safety issue?

Like many of my peers who came of age as a queer in the mid ‘80s I lost numerous friends and colleagues to AIDS. In addition to our activism and anger, the community also developed creative formats and rituals to work through our grief. With the Names Project Quilt on one end of the spectrum and the Ashes Action (dumping the cremated remains of deceased PWAs on the White House lawn) at the other — we found ways to grieve and engage in pushing our social-political agenda.

This month as we recognize the 75th anniversary of the first known Golden Gate Bridge suicide (WWI veteran Harold Wobber who died on August 7th, 1937 just ten weeks after the Bridge first opened) I find myself thinking of the ACT UP activists who so forcefully impacted public policy and our national healthcare infrastructure — to save the lives of the people who were dying — by harnessing their anger and creativity into meaningful, effective activism.

In 1995 my friend Mark Finch died of suicide on the Golden Gate Bridge. A friend recently shared this phrasing with me and I think it is the first time I’ve had the right words to express what really happened to Mark. In the same way that people die of cancer, or of a heart attack or of some other disease — Mark died of suicide from the Golden Gate Bridge. The contributing factors: depression and being in the midst of a transition off of Effexor (a pharmaceutical known to cause suicidal ideation in withdrawal from the drug). And unobstructed access to a four and a half foot, easily-surmountable railing on the number one suicide landmark in the world.

On May 27th this year while the City was celebrating the 75th Anniversary of the opening of the Bridge I got in touch with my anger (and my creativity) and crafted the idea of a memorial and public health activism project called A Yizkor for the Fallen.

Please join me at 7pm on Tuesday August 7th at Congregation Sha’ar Zahav (290 Dolores St. at 16th St.) for "A Yizkor for the Fallen" — a memorial and public health activism project in memory of the 1,558 people known to have lost their lives to suicide from the Golden Gate Bridge. This special evening event will be co-presented by myself and SF Suicide Prevention ED Eve Meyer. The service is free and open to the public. Congregation Sha’ar Zahav (which means “Golden Gate” in Hebrew) welcomes people of all faiths to this special service and especially extends welcome and condolences to the many friends and family who have lost loved ones to suicide from the Golden Gate Bridge. Click thru to RSVP to the Facebook event page and get more details.

Also, here are some links to the press coverage the service has gotten so you can read more about it.

Boondockmom said…
People are victims of suicide just as they are victims of homicide or cancer. Suicide is the result of a brain disease or disorder and it acts upon our ability to reason; such a critical factor in our day to day function! Suicide is not a choice other than a method to end the serious pain people are experiencing.
9:57 PM