In Defense of Vito 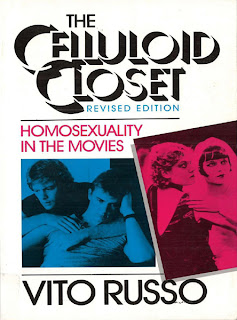 My response to Mark Adnum's "Skeletons in 'The Closet'" attack on Vito Russo's The Celluloid Closet in today's Huffington Post:


Oh, Mark. This is such a willful misinterpretation of the book on so many levels. Vito's critique was of the many ways that mainstream cinema intentionally represented gay characters in limited stereotypes (it seems like you are either making an intentional effort to misunderstand his meaning or you are really just not grasping the nuance). Your implication that Vito was some kind of internalized homophobe who didn't appreciate nellyness and effeminacy is absurd. On the contrary, you leave out one of the most significant aspects of his thesis which explicitly addresses this and places him squarely as the feminist progressive he was.

In discussing early buddy films (and specifically the relationship between John Gilbert and Lars Hanson in Flesh and the Devil) Vito writes: "The primary buddy relationships in films are those between men who despise homosexuality yet find that their truest and most noble feelings are for each other. There is a misogyny here that goes beyond simple hatred for women and things feminine. If the truly masculine man hated women — in the sense that he trusted only men as true friends — what then would be his reaction to homosexuals who are perceived to be "like" women yet are in fact male? It would be even more violent, it seems, for gays are the manifestation of what stands between men's complete love of other men and their acceptance of women as friends. Always wary that they might appear too effeminate and therefore queer (like women), men have never been granted the full emotional potential they might have had on film."

The Celluloid Closet has become the "Bible" that it is because it was ambitious, took a broad view of the landscape, had a straightforward thesis and was brought ought widely by a mainstream publisher. Vito's fundamental objective was to draw attention to the fact that we deserved better portrayals of queer characters on screen (especially by Hollywood, hence his limited treatment of non-American films — and, as you surely know, he did address this in the second edition which includes reflections on Almodovar, von Praunheim, Visconti and other European directors). Through his life and work he made significant contributions towards that goal and deserves the respect and admiration he has earned. It's great to see you mention all these other wonderful LGBT film books which are also must-read contributions to the field (although I would also argue that Parker Tyler's approach to his material in Screening the Sexes is a taste I have yet to acquire). Subsequent (post-Celluloid Closet) titles also really worth reading include Richard Dyer's Now You See It; Ray Murray's Images In The Dark, Andrea Weiss's Vampires & Violets and Boze Hadleigh's The Lavender Screen.